Internet of things is one of the smartest inventions of recent times. Do you know the 7 programming languages that allow users to make the most of IoT?

Self-driving cars that can navigate traffic autonomously sounded impossible a decade ago. Did you think that one day we’d be using air conditioners that can alter their performance depending on the usage?

Both are a reality today. One thing common behind all these smart innovations is The Internet of Things (IoT).

The objective of IoT technology is to collect, measure, and analyse data to offer better consumer experience and elevate the product quality. In simpler terms, its function is to make our homes, cities, and businesses work better.

As the Internet of Things (IoT) progresses in the days ahead, it will be significant to track the tools that are most popular for different purposes. Similarly, attempting to monitor the popularity of programming languages can be an intricate endeavour with a few clear parameters. The following are some of the programming languages that will rule the domain of IoT in the coming days. 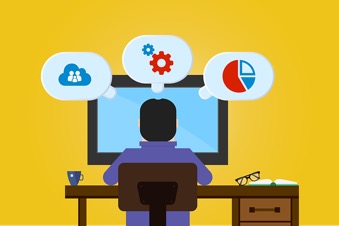 Swift is primarily used to develop applications for macOS devices and Apple’s iOS. However, the popularity of these machines implies that it’s often a part of the IoT stack. If you want your applications for iPad or an iPhone to be interactive, choosing this programming language would be the best decision for you.

There are other valid reasons to prefer this language. Apple aims to make its iOS devices the centre of the home network of sensors. This is why it’s been developing the libraries and infrastructure that can aid in the process of developing advanced applications.

These infrastructures are the basis of Apple’s HomeKit platform. The platform offers adequate assistance for incorporating the data feeds from a network of devices. This means you can easily concentrate on the details of your task and let the process of integration be handled by the HomeKit.

It will be convenient for you to believe that JavaScript is simply a different version of Java. But that would be wrong. The two languages bear some similarities in the way they function. For instance, some libraries can be utilised by both. However, they are developed separately and don’t share the semantics or syntax.

JavaScript, as the name clearly indicates, is a scripting language that’s used to create web based applications. JavaScript could provide a great start to the effort if you wanted to utilise the Apache server on a Raspberry Pi.

JavaScript has turned into a full-featured language today. You should not count on it for lightweight embedded controllers. It’s interpreted structure indicates that there’s an overhead charge to be paid. It’s a price that needs at least a RasPi-scale system to pay the bill.

This programming language is the first choice for bloggers and website developers, but it’s also quite popular in the domain of IoT as well. After the popular languages and their cousins like C#, PHP is a distinguished name often recommended by most developers.

The code’s function on the server is to juggle microservices. It’s also gaining some traction at the lowest level. A number of Raspberry Pi developers are taking initiatives to start a full LAMP stack with MySQL, Apache, and PHP running on top of Linux. They are effectively altering the paradigm, transforming the lowliest thing on the Internet into a full web server.

“If a Raspberry Pi comes with an adequate spare cycle which it often does, then putting a LAMP stack on the chip makes the process more convenient”, suggests John Atkins, an expert on IT assignment help from MyAssignmenthelp.com. It might come across like a toy in comparison to the full-strength, pointer juggling capabilities of C. If it helps in accomplishing the tasks at hand quickly, then why not use it?

It’s only sensible to have a language for embedded system development that was initially used to program telephone switches. C is widely acknowledged in the world of software development. It’s present in nearly every embedded platform. In some platforms, where it’s not available directly, it’s still present as a basis for the dedicated language used in the SDK.

Chances are that professional programmers have a basic knowledge of C already. If they don’t, it’d be wise to invest time in learning C.

However, considering today’s times, C can be a bit of a throwback: It’s procedural instead of object-oriented. It doesn’t feature a built-in bias toward a graphical user interface. Also, it’s compiled instead of interpreted. All of these elements establish it as a solid candidate for just about any IoT development process. 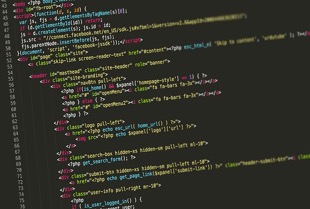 It began as a scripting language to combine real code, but it’s commonly used as the main language by many developers. When small devices have sufficient memory and immense computational power, the developers have a free rein in choosing a language that makes their lives easier. This is why more and more developers are taking to Python.

Python is extremely flexible in the way it functions. For example, it serves as an interpreted language that can either be submitted to a run-time compiler or function through one of several pre-compilers.

The aspect that makes Python ideal for programming teams is its focus on readability. The design specifications of the language are based on the significance of readable code and compact and elegant syntax. Anyone who’s ever attempted to decipher someone else’s optimised C code can appreciate the benefits of a highly readable code.

Rust is a product of Mozilla. Similar to other Mozilla’s software, Rust is an open source project that is rapidly evolving. It is similar to Go (in terms of several qualities) though it does eliminate one major issue of Go.

As Go doesn’t share details between the different “channels” of data structures, a program can develop something known as a “race condition.” It’s typically a runaway scenario in which a system can be out of control because different processes are at odds with one another. Rust consists of functions that ward off the race conditions, making it a safer language than Go, especially for highly concurrent programs.

The language needs some horsepower. However, if you have a development team that wants to create an application, you should opt for Rust and Go simultaneously. It is a good way to select a language that helps you to meet your objectives.

Java’s benefits are no secret. Developers can debug codes on their desktop and then move it to any chip with a Java Virtual Machine. That means the code can run not just on places where JVMs are usual (smartphones and servers), but also on the small devices.

Java ME, or micro edition, has been accessible on small handsets and other embedded devices for over a decade. It saved considerable space with a limited number of class libraries and other similar tools. Today, there is a considerable emphasis on Java SE Embedded (which is similar in capability to the Standard Edition). Developers can easily utilise the newest features of the Java 8 platform and then move their code to a smaller, embedded device.

Multiple open-source projects like as Pi4J and BlueJ show how the embedded version of Java runs well on chips that appear to be limited. You can find a complete tutorial on using Java with Raspberry Pi here.

As IoT usage witnesses a sharp increase, a humongous amount of data will be generated on product performance, its opportunities and challenges. That way, we’ll have a better idea regarding the programming languages that work better for IoT products or services.

Author Bio: Sienna Brown is a software developer at a distinguished IT firm in Australia. She has acquired his degree in Computer Science and Engineering from the University of Sydney. She is also associated with MyAssignmenthelp, working as an academic advisor.

0 Comments
Inline Feedbacks
View all comments
GET INVOLVED
Follow us on: