As a mobile app development company, you might know that there are more users of Android-based devices than iOS-based devices. 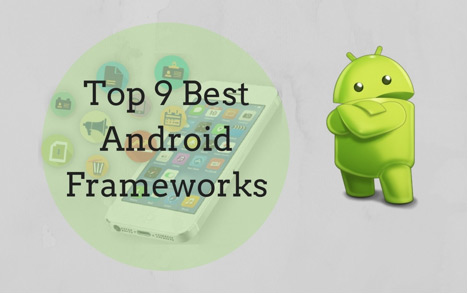 Many people believe that Android apps are harder and more costly to develop than developing an iOS app but that is not entirely true. As a developer, you may be aware of the potential that Android system offers. There are pretty modern frameworks available on the market that makes the development process simple and fast. Android provides us with several frameworks that can ease your development process by saving you valuable time and lets you focus on more pressing issues.

Let us discuss some of these frameworks that other development companies use for their successful app development.

RelativeX, also known as Relative Extension is an architecture framework. It is a library used for composing asynchronous and event-based programmes by using observable sequence. It is a useful tool for combing front-end programs and back-end programs. The best thing about RelativeX is that it is available for multiple platforms, but as Android is an event-based and user-focused platform, RelativeX is perfect for Android.

Crashlytics are useful frameworks for keeping track of the crash reports. It can work in real-time and provide all the crash reports in detail at the same time. Along with the crash reports they also provide information regarding the issues that caused the crash and also information to fix the issue that will help your app to work seamlessly. It is easy to operate and doesn’t flood your app with unnecessary data. Crashes can occur in any apps so it is important to include a tool in every app that can handle them.

It is a framework that was introduced by PayPal many years ago. Today it covers major payment platform such as Apple pay, Venmo, Bitcoin, and Google pay. Although Braintree SDK is open source, you have to pay for the transaction made through your app. It can be used in any app that has to manage transactions such as shopping apps, travel apps, money transfer apps, etc.

Stripe is also a framework used for payment transaction like Braintree. But some experts believe that Stripe is much easier to integrate into an app and more flexible when compared with Braintree. Both of these frameworks accept transactions from different countries but the service availability is depended on the country that your business is based in. However, Braintree has their service availability in more countries than Stripe.

Picasso is an image loader framework that displays and caches image in a Smartphone’s memory. This is useful for faster loading of mobile pages. Instead of requesting the image from the server, your device will access the image from your device’s cache memory. The images loader frameworks are found in apps such as photo editing apps, social apps, dating apps, shopping apps or any other apps that include a photo gallery.

Although this frame is commonly known framework, there are very few apps that support this framework. Google play services is a very broad framework containing Google-powered features such as Maps, access to Google+, app invites, location, and ads. It is very easy to maintain because the framework automatically updates with Google play store. Since there is a wide functionality to Google play store, it may be a wise option to use this framework in most of the apps.

Mixpanel gives all the basic functionality for free. But if you want to use some advanced functionality of the framework you have to subscribe to a premium package. Just like Google Analytics, Mixpanel tracks events rather than page views. You can use Mixpanel to track an individual moving from page-to-page in a funnel.