In short, Docker is a tool that allows you to build, deploy and run applications easily by the usage of so-called containers. These containers let us package all the essentials such as libraries and dependencies.

In addition, the containers run on the host operation system.

There are many benefits that come when we use Docker. It

No, I wasn’t talking about containers in the real world. But now that you are thinking about it, I might as well make an analogy. The purpose of the real-life containers is to store goods or items which need transportation to another place. Now, these goods and items have different storing requirements, for example there may be milk which expiry date is way shorter than for example tomatoes. That’s why containers in real life are a very useful thing – they preserve the inner environment like temperature for sensitive goods and/or items. With that said, the transportation industry does not have to worry about the items and focus on getting them from A to B.

Now, if you’ve paid attention to the paragraph above, containers in Docker are the same thing. Thanks to Docker’s containers we can easily move containerized application components from one environment to another with hopefully no issues. 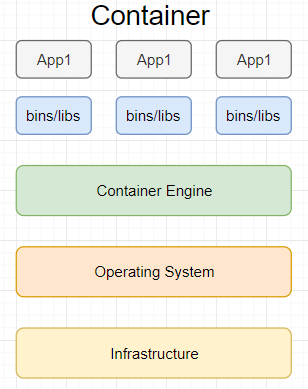 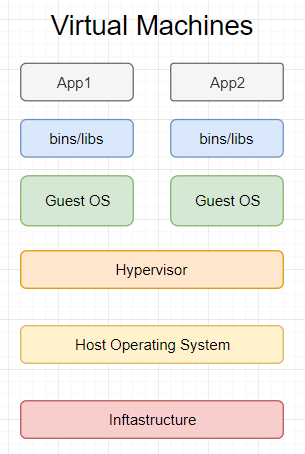 Based on the images, the problem with the VM approach is that it comes with a lot of things – binaries and libraries (whcih is essential) but the main thing – an entire guest operating system which amount to several  GBs.

If you are using Windows or Mac, click here.

After you’ve installed Docker you have the following things:

To check that you have successfully installed docker, type the following:

To view more information such as containers, how many are running, paused or stopped, images and so on, you can type:

And that’s it! You have Docker on your machine. To write a simple hello world “program”, you can type the following: